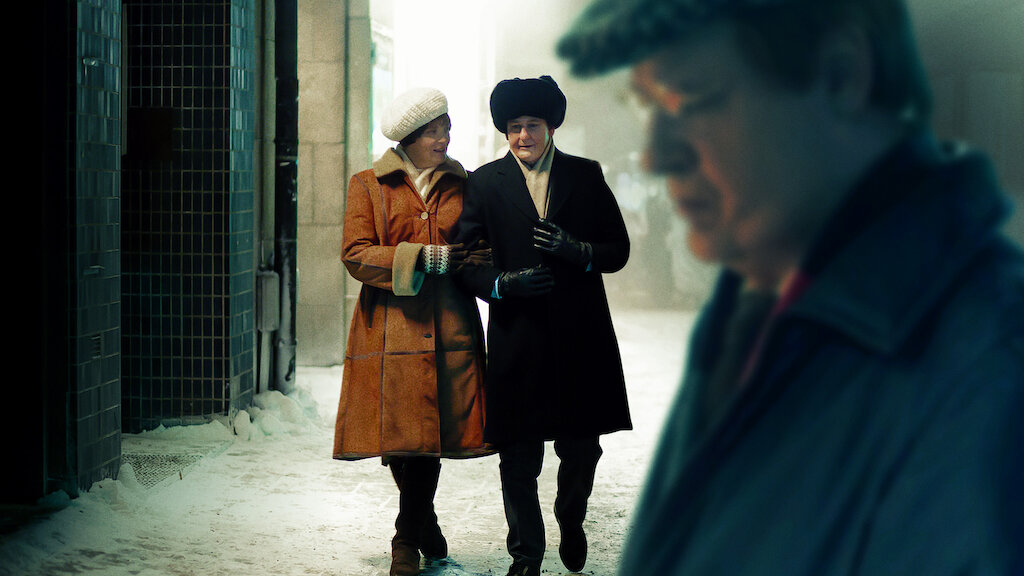 The Unlikely Murderer, a Swedish series on Netflix, is a dramatization based on the book by Thomas Pettersson about the assassination of Prime Minister Olof Palme. Decades after the unsolved murder, journalist Pettersson (Björn Bengtsson) poured over the case files and determined that on-the-scene witness Stig Engström (Robert Gustafsson) was actually the killer. Engström, a classic schlemiel, was overlooked by the authorities, mostly because he was a nobody. But he was also clever enough to call the press and claim that he witnessed the murder, and was worried that police and other witnesses confused him with the killer, who wore a similar coat and hat. The series cuts between the investigation, which was burdened by politics and incompetence, and Engström’s story, which is of a powerless man who did a powerful thing, but can’t share it with anybody.

Some history of Olof Palme

For Swedes, the Olof Palme assassination is as significant as the JFK assassination in the U.S. It marked the end of an era, and spawned infinite conspiracy theories. The Prime Minister (Peter Viitanen) was shot in the back while window shopping with his wife Lisbeth (Cilla Thorell) on a busy street in Stockholm after seeing a movie. Because political crime was virtually non-existent in Sweden, Palme did not have a security detail. Politically, Palme was extremely progressive. Under his tenures (he was Prime Minister twice), Sweden built up the welfare state, with increased taxes and several safety nets for its citizens. As such, Palme was a polarizing figure, beloved by progressives and reviled the business class. Palme was also critical of other countries’ policies. For example, he was a vocal protestor of both the Vietnam war and Apartheid, and had a prickly relationship with the Soviet Union. So, there was no shortage of potential motives for his murder.

-Check out a comedy about an American trying to solve the Palme case here.-

For me, the machinations within the police were a little confusing. The recently promoted Head of Homicide, Arne Irvell (Peter Andersson), who has promising skills as a detective, gets shunted to the side by the charismatic County Constable Hans Holmér (Mikael Persbrandt). Holmér appointed himself the head of the investigation, and because he ran in the same circles as the Prime Minister and his cabinet, nobody stopped him. Holmér also had a way with the press. He really knew how to play to them. But he was never a detective, and he chose his own people to lead the investigation, which alienated the police. Irvell conducts his own off-the-books inquiry, and actually finds Stig Engström suspicious. But Holmér scoffs, “Are you telling me a corpulent alcoholic managed to kill the Prime Minister?” It’s just too ignominious for him to consider. Instead, Holmér and his lackeys point the finger at the PKK, the Kurdish resistance army, believing that the threat came from outside of Sweden. This misdirection is likely a major reason why the Palme murder was never solved.

-Love Nordic Noir? See some of our favorites here.-

According to The Unlikely Murderer, Stig Engström is a mild-mannered guy who gets taken for granted and kicked around, but seethes with rage below the surface. He is a graphic designer at Skandia, an insurance and financial services firm that is a fixture in Sweden.  The Skandia office happens to very near the site of the assassination, giving Stig a decent alibi for why he was on the street when Palme was killed. The show portrays Stig as a tiresome, aggrandizing alcoholic, who is tolerated at work and derided by his friends. As he calls the various Swedish papers to tell them he may be mistaken for the killer, he increasingly embellishes his story, going from “I saw a man lying on the ground,” to “I gave Palme CPR and then chased the killer.”  Except for Irvell, the police write him off as a harmless attention seeker.

Our Take on The Unlikely Murderer

There is something compelling about The Unlikely Murderer. I’m sure a lot of that has to do with the A+ cast. The writers are no slouches, either. Wilhelm Behrman and Niklas Rockström worked on foreigncrimedrama.com favorites Caliphate and Before We Die. Although it’s a great premise for a book, it’s kind of odd for a series, because so much is speculation and dramatization. Engström was dead by the time Pettersson started his research, so he was never brought to justice, although it is worth noting that the Swedish government declared the case closed, thanks to Pettersson. My only real beef is that the makeup is distracting. It isn’t horrible, but it is noticeable. Some people may find the series slow. There is certainly no violence or gore outside of the opening scene. It’s more a character study, of both a man and a police department. I’m curious what Swedes think of it. 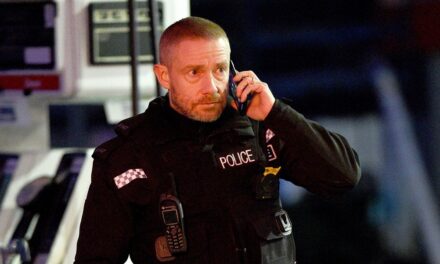 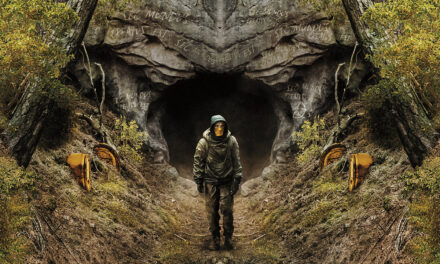 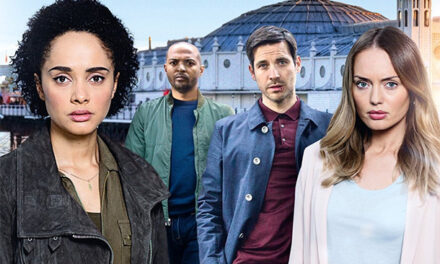 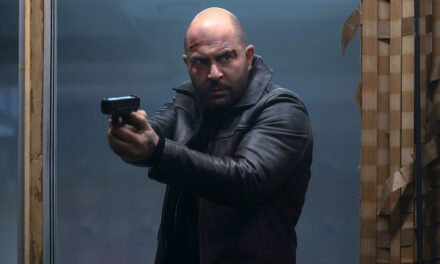