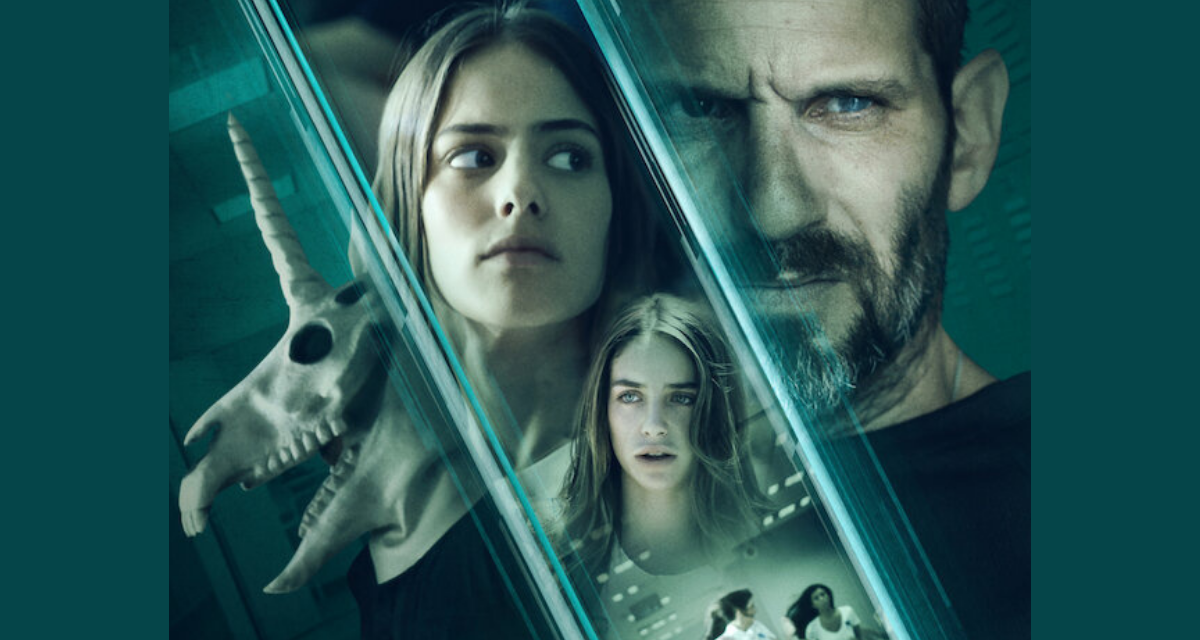 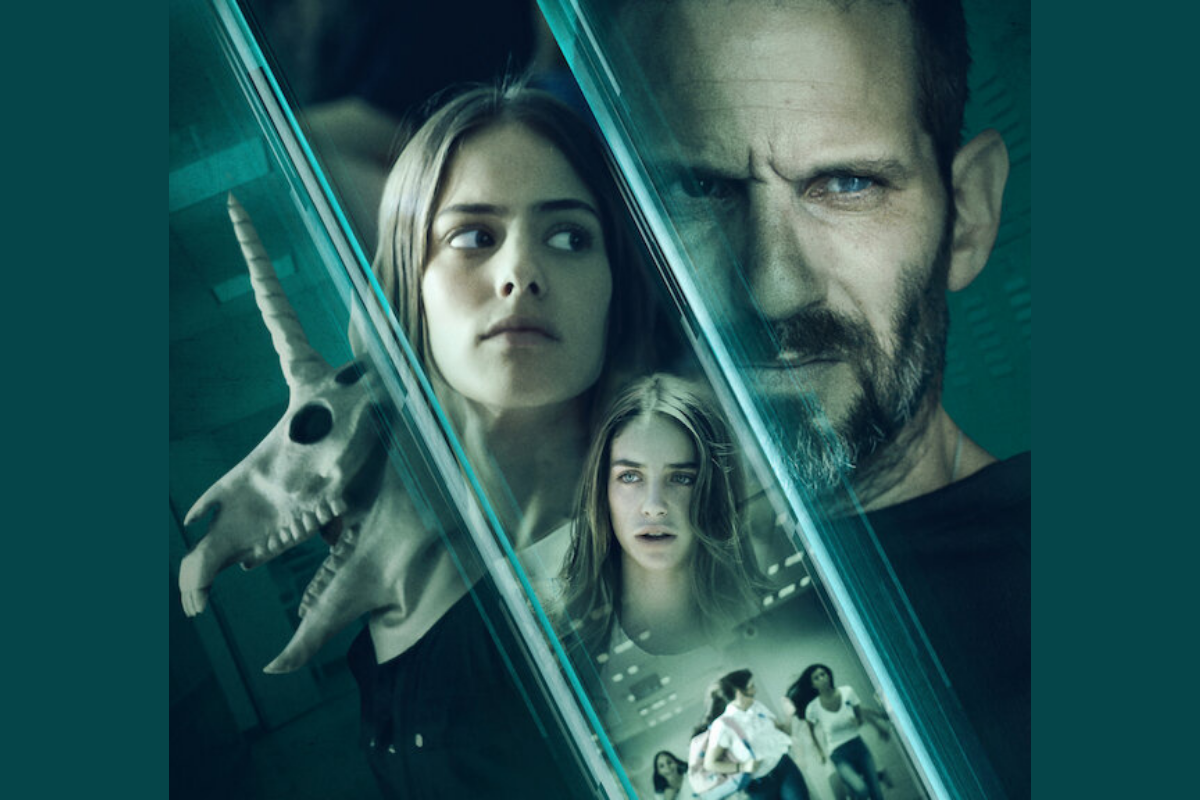 Black Space is an Israeli series on Netflix that starts with a school shooting. Several shooters in scary unicorn masks interrupt an assembly, killing the boy and girl singing on stage, and then stalk the halls, killing more students. Superintendant Rami Davidi (Guri Alfi) from Special Investigations happens to be nearby, and he arrives quickly on the scene. After an immediate lockdown and thorough search of the school and backpacks, the cops can’t find any guns. Rami determines that the shooters were students, who somehow stashed the guns and masks, and exited the school with the other students. Obviously, the top brass reject that theory, mostly because it would cause panic. But Rami pursues his line of investigation, unbowed. By episode three, we start seeing the students’ perspectives. If you liked The Teacher, you will like Black Space.

Rami’s investigational tactic is unapologetic aggression. He doesn’t pull any punches with the kids, all of whom are seniors in high school. In fact, he is assigned a “youth detective”, Morag (Reut Alush), who is supposed to question the students, but Rami either ignores her or waves her off for most of the series. Turns out, Rami went to Heritage High, too, and was bullied. In fact, he lost his left eye in a beating by fellow students. (The fake hazy blue eye next to his natural brown eye gives him an appropriately scary appearance.) In addition, the current principal Hanoch (Shai Avivi), was a vice principal when Rami was there, and Rami is not a fan. Because of this, Ruso (Assi Levy), Rami’s superior, suggests that Rami leave the case, as he is not objective about Heritage High, whose students are privileged and cliquey. Meanwhile, Rami’s wife Miri (Meirav Shirom) is very pregnant, and Rami keeps missing ultrasounds and other appointments. It seems he is ambivalent about becoming a father. Rami is not exactly a likable character, but he is a bad ass detective.

For what it’s worth, the students agree that the shooters were fellow students. But they either don’t know or aren’t telling who the culprits are. They hang out at the “lone tree”, which is in an abandoned area behind the school. We see several gatherings there, led by Tom Tadmor (Yehonatan Vilozny), an arrogant kid with a warped sense of justice. He has a “safe list” of people he saw in school on the day of the shooting, meaning that they aren’t the shooters. Tom’s sister Shir (Gily Itskovitch) is manipulating Omer (Oneg Efron), a computer geek and the “student pharmacist”, to get her anti-anxiety pills. Then there is Libi (Liana Ayun), the skater girl whose parents are in Kenya and completely ignore her; Libby’s friend Itamar (Yoav Rotman), who has an abusive father and wants more than friendship with Libi; and Eran (Noam Karmeli), who is the mayor’s kid. There is also a group of potheads on the fringe who are not on the “safe list”. Naturally, Black Space is rife with subplots and dramas that are typical of teenagers.

Our Take on Black Space

The episodes always end on a good cliffhanger. The mystery is decent, with lots of potential suspects that don’t feel like the “red herring of the week”. I liked Rami’s dogged approach, fighting superiors and parents and his wife all the way, even though that is a bit of a cliché. Ultimately, the series is a treatise on privilege, and how certain kids get away with anything, because the adults around them don’t want to “ruin their lives” by punishing them. But it is not a “haves versus the have nots”. Everyone at Heritage High is a “have”, except maybe Itamar. It’s more about the malaise that can develop when there are no consequences to your actions, and how twisted the meaning of “justice” can get. There is one “ouch” moment when a character says, referring to the shooting, “This is like the stories you hear coming out of America.” It’s always interesting to see ourselves through the eyes of others. If you can tolerate scenes of a school shooting, and you don’t mind stories about teenagers, Black Space is for you. 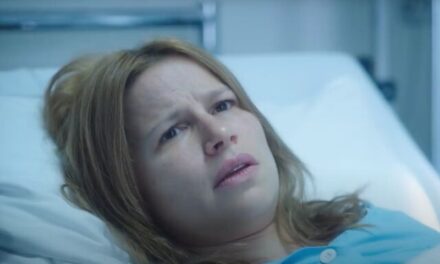 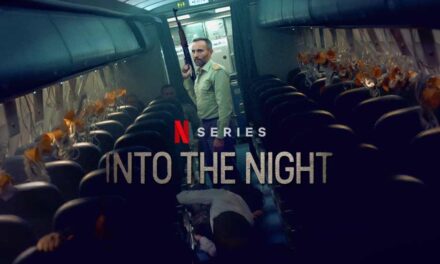 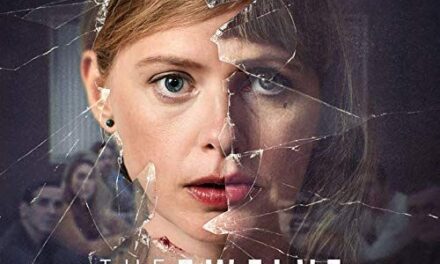 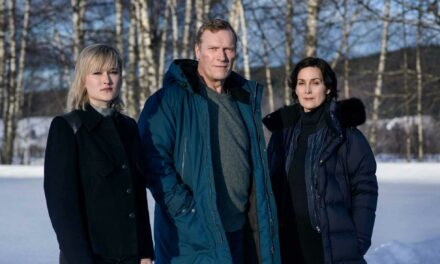